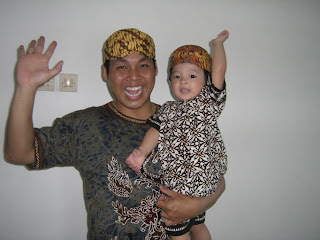 Darren LLOOOVVVEEESSS his new hat.
He likes to wear it anytime, anywhere. He even refuses to take it off during his meals!
Take a look at the picture.